Mexican specialities ! what else ! In order to perfect your desires for Mexico, and to make your mouth water before staying there, here is our top 17 Mexican specialties!

For some, the desire to travel lies in the temptation to discover new landscapes, populations with unknown customs, architectures dating back several centuries, and to accumulate as many photos of the world as possible…

For others, a good reason to travel would be to learn a new musical culture, hunt down local artists and perfect your playlists.

Finally, for food lovers, traveling is above all an opportunity to awaken their taste buds! Taste new combinations of products, discover the typical dishes of each country…

Travel today to Mexico, where the gastronomic culture is particularly vast! Tacos , fajitas or obviously guacamole are in the spotlight, in this top of our 17 favorite Mexican specialties. 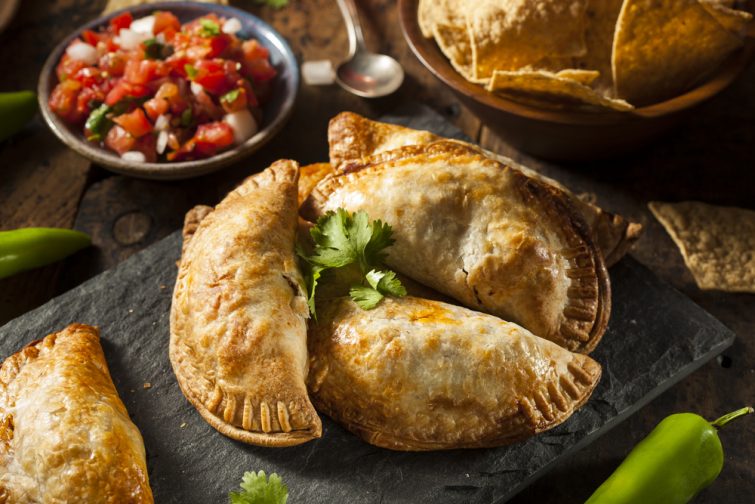 Although they originated in Spain, like many Latin American dishes, empanadas are nevertheless a true classic of Mexican cuisine. Small puff pastry turnovers (sometimes in bread dough), they can be stuffed with just about anything! Thus, meat, fish, vegetables, potatoes or eggs will be welcome for your personal empanada recipes.

They can be served as a starter as well as a snack, appetizer or other appetizer. 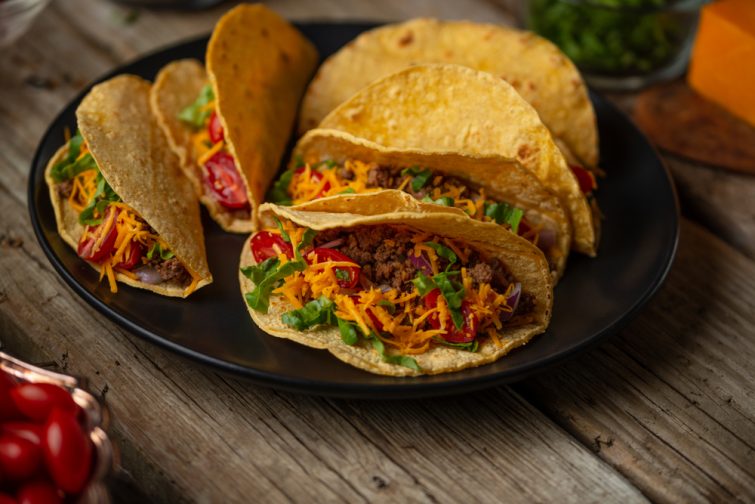 Tacos are probably one of the most representative dishes of Mexican cuisine! If they are, like fajitas or other burritos (which we will discuss later), composed mainly of a tortilla that is filled with different ingredients, tacos are nevertheless a dish quite apart.

Moreover, if they are classified among the “small appetites”, tacos can be used as a starter or main course, depending on their consistency and the number of tacos (difficult to stop after only 1 taco… )! 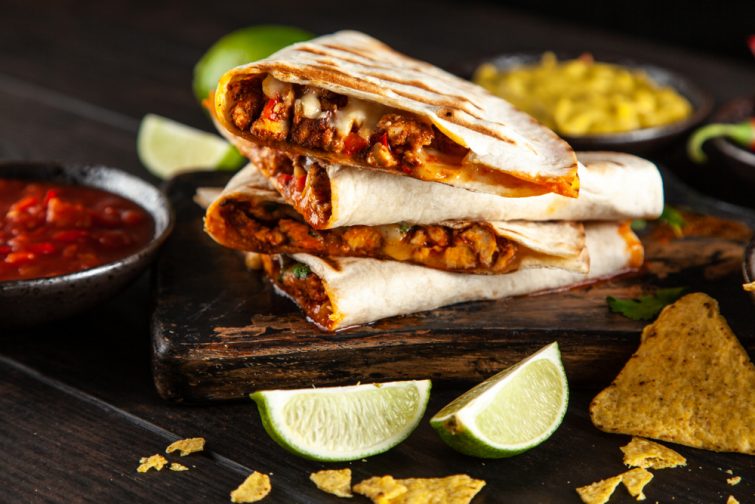 The quesadilla is the typical snack of Mexico and Central America! A tortilla, cheddar and spices will be the main elements of those that will replace the ham and butter sandwich in your hearts.

Depending on your hunger, you can also add food to make it more substantial. Thus, meat, vegetables or potatoes can appear in your personalized recipe for Mexican quesadillas. But don’t forget the cheese, it’s the base of this dish! Its name is also a derivative of the Spanish “queso”, which means cheese in Spanish. 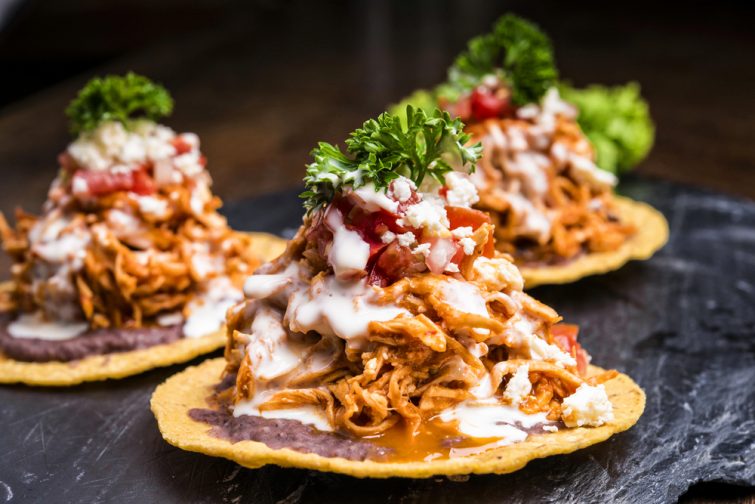 There is a slight border between “snack” and “starter”, like the tostadas that we could have ranked higher in this top Mexican culinary specialties.

Consisting of a corn tortilla fried until crunchy, they are essentially garnished with mashed black beans. The rest is up to you! Chicken or seafood will be welcome, accompanied by tomatoes, lettuce, and seasoned with coriander and spicy sauce…

If you are visiting Cuba, don’t be surprised, the tostadas are very different! Closer to toasted sandwich bread, they are eaten for breakfast, mainly with butter. 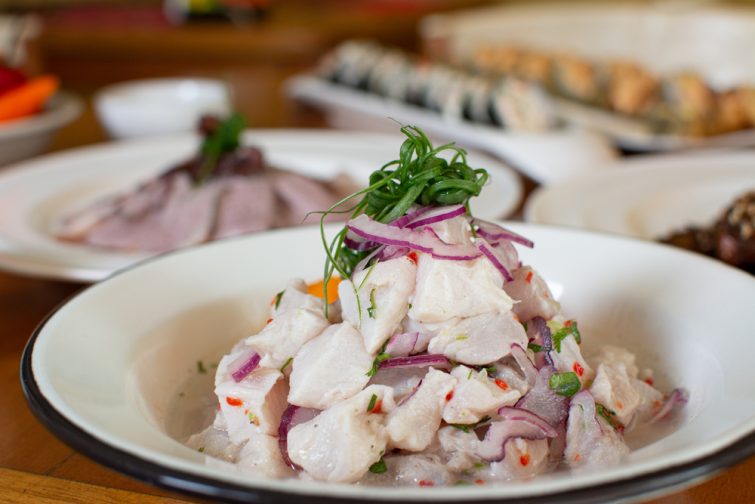 Appreciated for its freshness, and mainly consumed in the summer in the Western world, ceviche is a starter made with raw and marinated fish. If it is a typical Mexican dish, it is however in Peru that it finds its origins.

Based on tuna, salmon or sea bream, ceviche is now available in a thousand and one ways, sometimes even with seafood such as prawns or mussels. 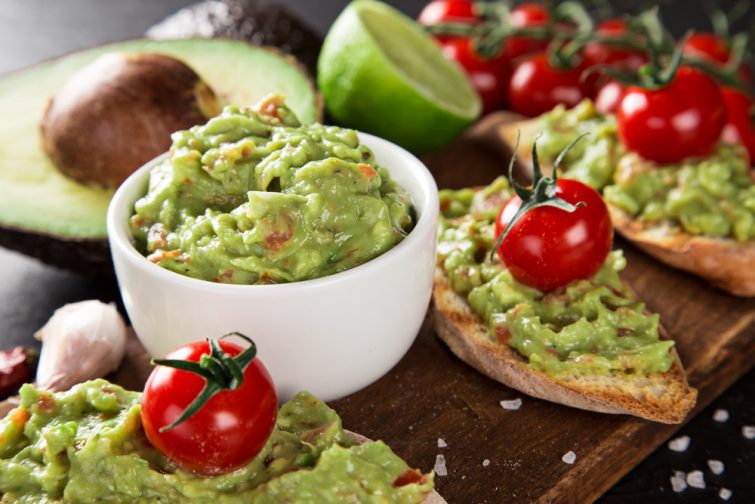 You’ve probably been waiting for it since the beginning of our ranking of Mexican culinary specialties, here it is: guacamole!

It can be enjoyed as an aperitif as well as in dishes with Latin flavors. More than a culinary emblem, guacamole is above all synonymous with sharing and simplicity. This same simplicity that we find in its original recipe, with an astonishing story to say the least. 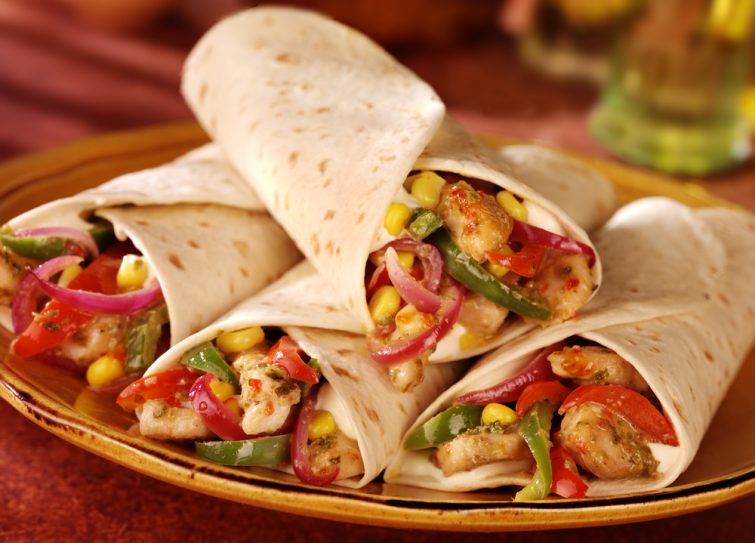 Despite the photo, make no mistake: fajitas are originally made from beef. Yet today, and around the world, they are much more popular with chicken…

This “tex-mex” dish, originating in Texas in the 1930s, has become one of the benchmarks of Central American cuisine. 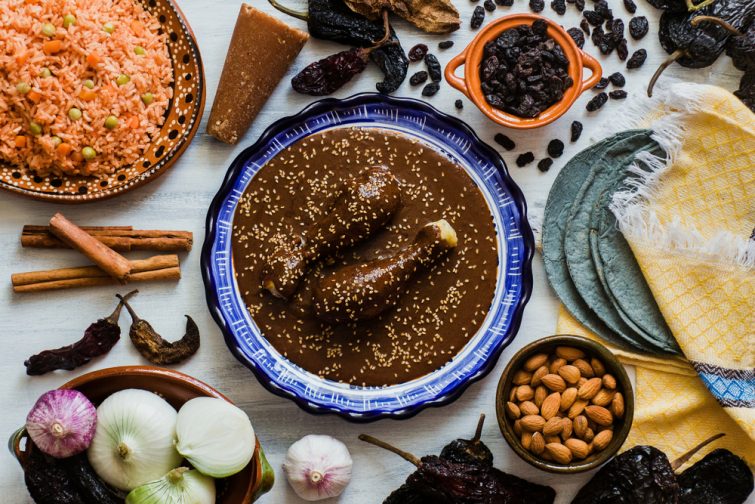 If it is one of the most surprising dishes of Mexican cuisine, it is nevertheless the national dish of the country! Eaten mainly on holiday evenings, mole poblano is a recipe for turkey with… chocolate!

This recipe, surprising to say the least, was born through a very special combination of circumstances, with historical outlines… 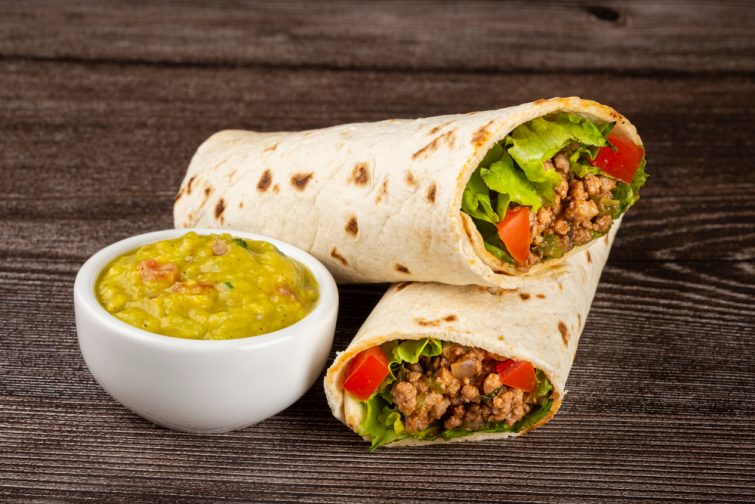 The burrito is another great classic of Mexican cuisine, and has also spread widely throughout the Western world! Composed of a wheat flour tortilla, it is then garnished with beef, beans, spices, and other tomatoes, peppers and onions.

Wheat flour is only used here as an envelope for the filling. But if you fry it, then another culinary specialty is available to you: chimichanga. 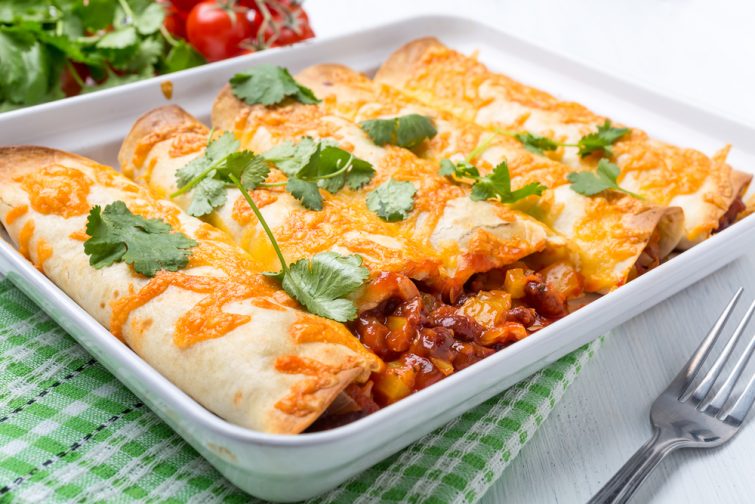 Enchiladas are definitely the most twisted dish in Mexico, depending on which region you are in! Composed of corn tortillas, often fried, you can therefore find several kinds during your stay: 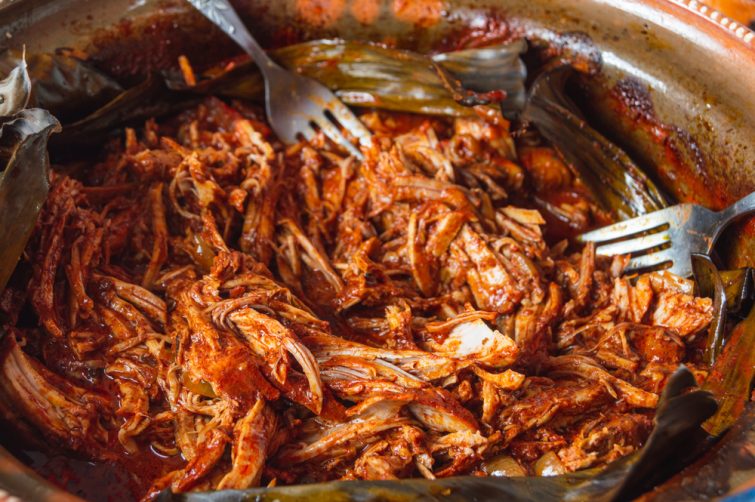 When we talk about Cochinita pibil, we immediately take a step into Mexican and South American history. This traditional Mexican dish, from Yucatán, is the result of a crossbreeding of cultures between traditional cuisine and that imported by the Spanish conquistadors.

This gives a dish with particularly tasty flavors, consisting mainly of pork marinated in citrus juice, before roasting it in a “  píib ” wrapped  in a banana leaf. A píib is an earthen oven dug directly into the ground in order to cook food as close as possible to nature. 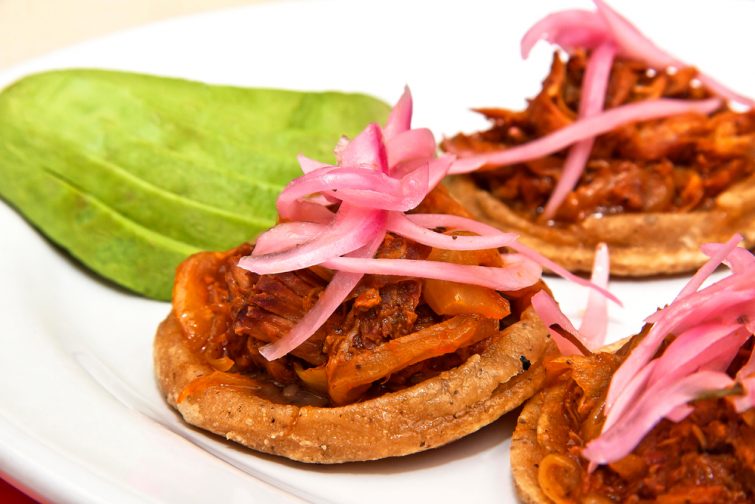 Once again, this dish could have been present in our ranking of small appetites, even if it can also be found as a starter or main course, depending on your hunger. Generally, panuchos serve as a dish at dinner time.

Panucho is a traditional Yucatan cuisine delicacy, also consisting of a pancake and a bean stew. A legend surrounds its creation…

This recipe is said to have been invented by Don Hucho, the owner of a food stand coming from the Camino Real, around the middle of the 19th century. Having only a few ingredients, Don Hucho would have prepared a bread, with beans and a simple egg. The recipe would then have been all the rage, and this “bread” would have kept the surname of its creator, eventually becoming the “panhucho”. 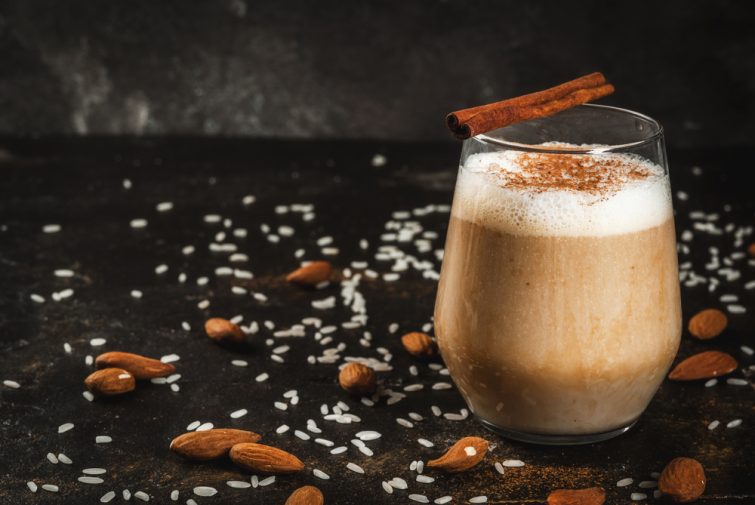 Horchata, also called Agua de Horchate or Horchata de Latte, is a Mexican drink made from milk and sugar, made from tiger nuts, a tuber belonging to the Cyperaceae family.

Both sweet, almost comforting, and particularly refreshing, it can be eaten just as well in the middle of a very hot afternoon, or as a dessert, when you appreciate its sweetness after a spicy dish… 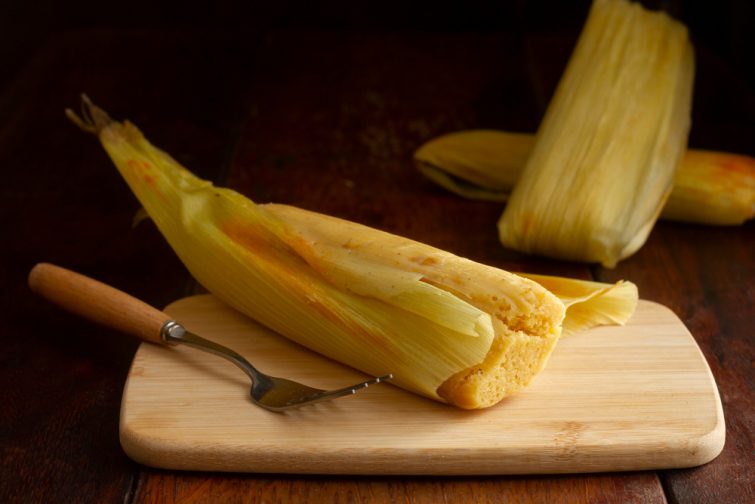 Tamales, tamal in the singular, are an indigenous specialty that has spread as a Mexican culinary specialty, especially on Candlemas Day, instead of our pancakes.

But although they are mainly eaten as a dessert, they can also be enjoyed as a savory dish. Indeed, there are no less than… 300 varieties of tamales in Mexico! 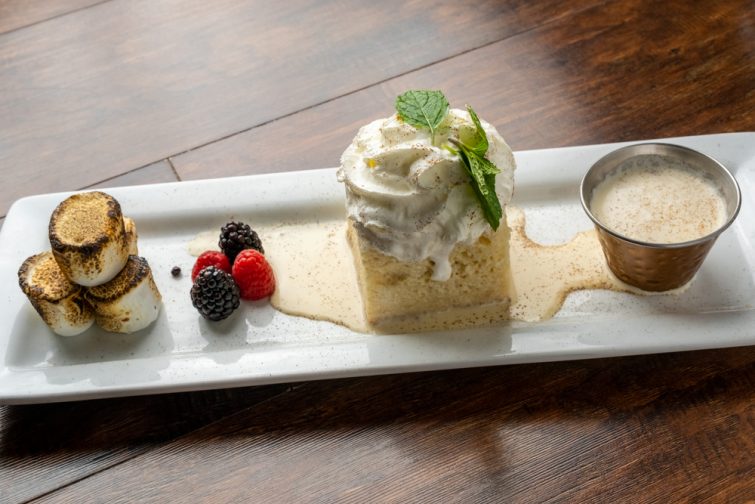 Pastel de tres leche, or three-milk cake, is a specialty among Central and Latin American desserts. However, it would draw its origins from medieval Europe.

The reason is simple: the factories of the Nestlé brand, a famous milk manufacturer, were mainly located in Argentina , Colombia and Mexico. The brand then applied the recipe for this cake to the back of some of its products, and Americans therefore appropriated the recipe over time, until it became a true classic. 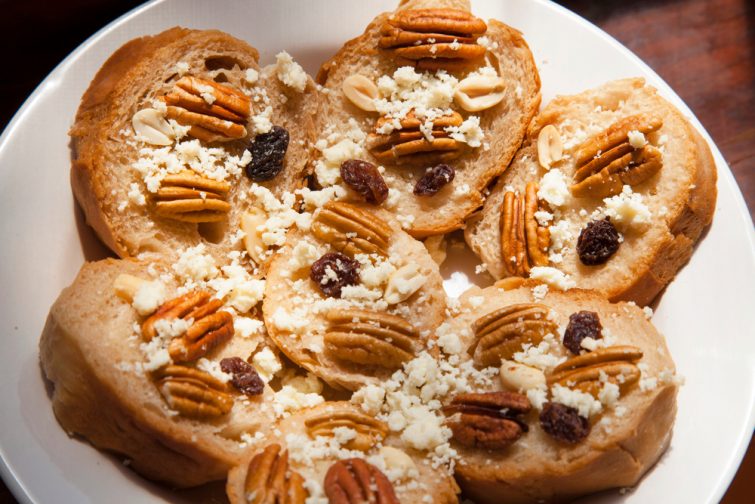 Capirotada is a traditional Mexican dessert served primarily on Good Friday . Similar to “bread pudding”, it is made of toasted bolillo (similar to the French baguette) and dipped in a hot syrup, or in citrus-flavored milk.

To finish, or to start the evening.. 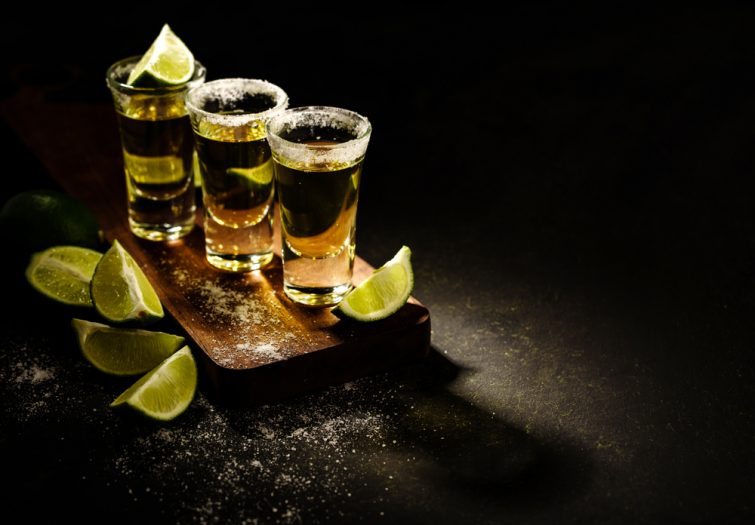 How can you not end this ranking with THE drink that will surely set your Mexican evenings on fire… Tequila!

An (obviously) alcoholic drink produced on Mexican lands, it is distilled from a plant called Agave tequilana. But beware, to obtain the “tequila” designation, this drink must be produced exclusively in the state of Jalisco (or a few rare other states…)!

If it is not a Mexican culinary specialty strictly speaking, we can promise you that you will not be able to miss it when you are in Latin America… And so much the better!

The 9 World’s Most Beautiful Restaurants

The 12 best Instagrammable restaurants in Dubai

15 of the most strangest culinary specialties in the world

26 Best hotels in Lisbon you need to discover

14 most beautiful safaris in the world to visit

The 9 World’s Most Beautiful Restaurants

Top 15 of the most beautiful beaches in the world